Top things to do at As-salt

Top things to do at As-salt

Al Salt, bride of the middle

About the city, Al Salt is the bride of the middle of the kingdom. Once you mean it will sweep you the smell of lemon, and not only that is the heritage of streets, it let you fall with flowers of orange.

Salt is a city with a link between ancient Jordan and Palestine, the fourth largest city in the Hashemite Kingdom, and a combination of urban and Bedouin and various assets of the Levant.

Site: Salt is a center-shaped bride with its yellow stone-like hills, like a glittering golden luster, with its bright arches.

Salt, the city of magic and beauty. Salt is about 35 kilometers from the capital Amman, and the importance of its location as a point of contact between Jordan and Palestine. It was considered the capital of Jordan before Amman.

History:
Its history is very old and culturally diverse since pre-Christmas, where Syrian and Latin origins overlap. Salt is a combination of hills, forests, rock and yellow stones carved in the art of history.

Salt had a large share of human settlement in the pre-Christmas period. Making its unique geographical location between the Eastern Desert and the Jordan Valley the home of many ambassadors of ancient leaders.

In the Salt ,the bride of the center lives in the coexistence of Christians and Muslims and unites their houses in an architectural style, with yellow, vaulted ceilings, arched windows and a distinctive distinction that no other city in Jordan has enjoyed.

The most important places and tourist activities in Salt:

The city of Salt is characterized by many tourist characteristics and natural features, which make it eligible to be placed on the world tourist map, it represents the history and heritage of an important tourist attraction in Jordan, and the most important activities and places of tourism in Salt Middle Bride:

The house of Abu Jaber is one of the most prominent heritage houses in the center of the ancient city of Salt, dating back to the late nineteenth century. In 1890, on a total area of ​​700 meters, the old house was demolished and the ground floor was first built in 1892 in two phases. The first is the eastern side of the white stone that was brought from Wadi Shu’ayb. The second phase, on the western side of the floor, was built of the yellow stone that was brought from the staircase in Salt in 1896. The ground floor of the museum is a visitor center, a study center and a temporary showroom. The first floor has permanent exhibition halls for the history and geography of the city. The second floor will focus on the cultural, architectural and daily life of the city.

– Organizing lectures, holding seminars and workshops with topics relevant to the museum’s presentation ideas, such as maintaining and preserving the architectural, cultural and cultural heritage of the city of Salt.

– The organization of field visits to identify the most important historical features of the city, in addition to collecting information sources in various forms (books of pictures, maps and publications), so that visitors will be provided with it. The museum will also contain a study and research unit for students interested in the history and heritage of the city of Salt.

– The historic Salt Museum will serve as the starting point for visitors to form a comprehensive idea of ​​the history, culture and folklore of Salt. The main tourist routes will be linked to the public squares in the city center with historical buildings and houses.

The martyrs of the Turks

At the highest point in Salt on the mountain of the castle built the edifice that sits on top of the mountain in the area called the trench, began work to establish mid-1994 under the Turkish President Suleiman Demirel, and opened before the end of that year, to commemorate the 300 Turkish soldiers of the 4th Corps, The Allied Forces, allied with the Greater Arab Revolutionary Forces, during the battle of Salt between 24-26 March 1918. The monument was a small building that contained a mass grave of the soldiers’ remains found in a basement in a cave. It was improved during the following years. It includes gardens and a small war museum commemorating the Ottoman presence in the area. In 2009, former Turkish President Abdullah Gul.

The edifice follows the Turkish Ministry of Defense, where the land is located at that site, on site.

Hammam Street is a heritage course located in the center of Salt city in Jordan, and extends about 280 meters inside the old town. It was created at the end of the 19th century and was named after a Turkish bath in the late 1930s.

It is worth mentioning that the municipality of Salt began to whitewash the market floor with the round white stone from 1923. Today it is part of the heritage track which was developed in 2010.

The street is characterized by shops on the ground floors and apartments on the upper floors.

The architectural style of the buildings reflects the period of time the street was constructed, dating from 1881 to 1918.

The structural system in this period is characterized by the presence of contracts and arches and thick walls, sometimes up to a meter, and windows with arches pointed and convex.  The buildings were constructed of the distinctive yellow stone of the buildings in the city of Salt. The second floor is usually characterized in all street buildings with a large number of openings directly overlooking the street and the openings have two or three windows.

7 Top Eco Things To Do In Jordan 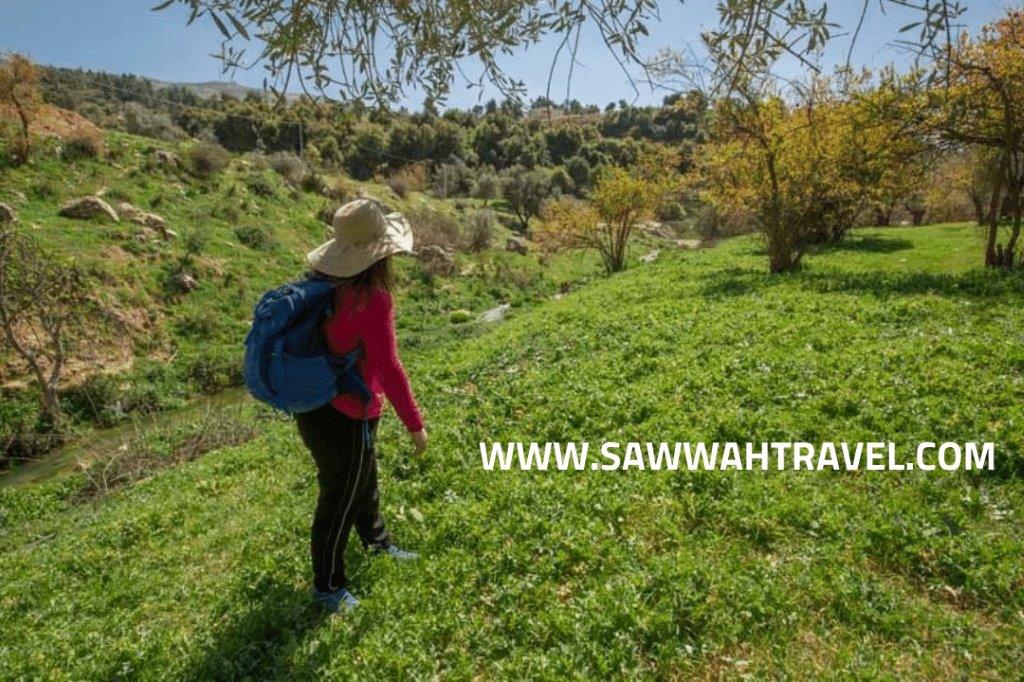